Hossin’ it to Venice

Richie and I have been known to attempt rash and zany things, especially whilst on the road. A whiff of adventure, a challenge, a dare, and we’re off, scheming of ways to reach B from A; testing the mettle of our spirits and the imperviousness of the soles of our hiking boots.

If they were made for walking, what’s the point in standing still?

It was during a particularly low moment during our stay in Barcelona that we decided to intercept Richie’s parents on their 18-day cruise of the Mediterranean. We were lonely and could do with a merry rendezvous. On the 14th of April Kay and Steve would be disembarking the Queen Victoria in Venice. Why not surprise them there, and spend a memorable 6 hours walking the streets; lagoon water lapping at our toes and the taste of gelato in our mouths.

Reaching Venice on the 14th left us with a window of 4 nights to get from Figueres (in the northeast Spain). We considered flying, then thought better of it. Why not hitch?

In all honesty, it wasn’t that ambitious a plan. 1,200km in 4 days. An average of 300km p/day. Very do-able. What’s more, we had hard evidence that it could be done. Friends of ours that we’d met during our Wwoof in Orgiva had hitchhiked from Frieberg in southern Germany to Andalucia in only three days.

On the 10th of April, after completing one-week Wwoofing in the lower Pyrenees, our hosts, Dino and Amanda dropped us at a junction on the national road leading from Spain to France.
“It you follow the E-80 all the way along the coast,” Dino told us, “you’ll get from Spain to Italy. It’s a pretty road. I think you’ll make it in time.”

It was the final encouragement that we needed. Armed with a new tent, a sign that said ‘France’, and hearty dose of hubris, we were off… thumbing our way to Venice.

Within half an hour we were picked up by a Bulgarian lorry driver named Georgie. We ascertained that we were going in the same direction, and after an hour-long pit-stop at the border, crossed into France, waving goodbye to the Pyrenees.

We had two more hitchhikes that day and several rather long periods waiting under bridges and trees for the rain to ease. April showers. A saviour for the garden but a real bother for the novice hitchhiker. 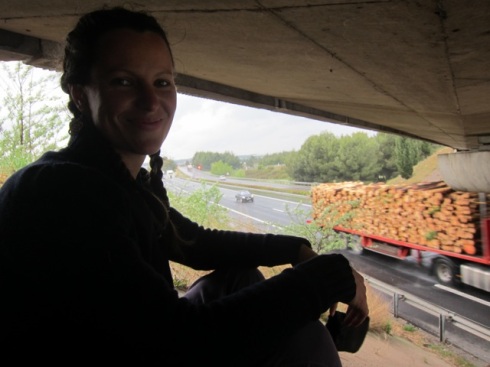 By evening we were in the front seat again, this time in a cosy red hatchback. Our driver, Ben, was a young man from a mountain community who was delivering a cluster of bamboo to his girlfriend in Marseilles. Our route took us straight past Arles. I saw the cluster of ageing buildings and thought of Vincent…

By the time we neared the city, it was pouring. If it wasn’t for the fact that he was having troubles with his girlfriend, Ben told us, he would have invited us to stay. As it was, he knew some friends who squatted a big house in the central of the city, would we be happy to stay with them?

After one night in the squat we were on the road again. This time with a baguette in our bags and a sign for ‘Italy’. We had a run of good luck during the early part of the day, receiving two rides of 100km each, which took us as far as Cannes.

At the next gas station we met by Dimitiri. He was Italian for sure, I thought, as his arctic lorry came to a pause beside us. We strained our necks to look up into the cab. Such a long way up.

Dimitri had black hair, black sunnies, and a dangerous look. He was young. Only 23 years old. He’d been driving for 2 years and his standard weekly route took him from La Rochelle (he was French after all!) to Bologna and then back again to France. On weekends he was reunited at home with his 3 month old baby and his beautiful girlfriend, Anais.

Dimitri was a perfect gentleman. He let us choose the music from a pile of French reggae CDs, offered us water, and made regular stops for coffee. We even stopped to use the free shower at a truck stop (were we that wiffy?). He pointed out the seafront at Monaco where palaces stood drenched in light reflected from the sea. 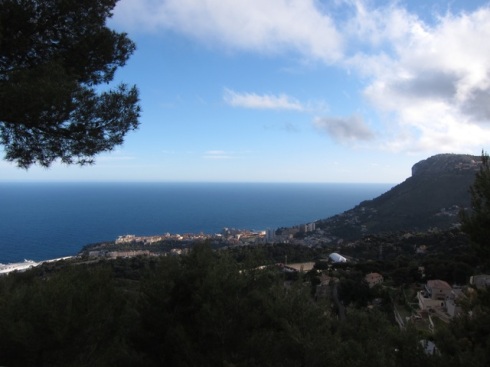 It was midnight by the time we pulled into Milano. It was cold outside and we were very tired, but Dimitri needed to relax and de-stress from a 16 hour day of driving. We found a bar and had a drink – drawing pictures on a notepad to explain what we were saying to one another. What is the French verb for ‘grow’?

Rather than set up our tent in the dark by the side of the road, Dimitri asked if we’d like to stay in the bunk above his bed in the cab of the lorry. We felt like cheeky kids who were sleeping over at their rebel friends’ place. It was a tight squeeze. Top to tail.

In the morning it was business as usual. Delivery. Esperesso. Then back on the road.

In Brescia we said goodbye to Dimitri and wished him and his family all the best. He’d been a fabulous driver and had taken us nearly half the distance we needed to travel. We were now within shouting distance (3 hours away by car) of Venice. 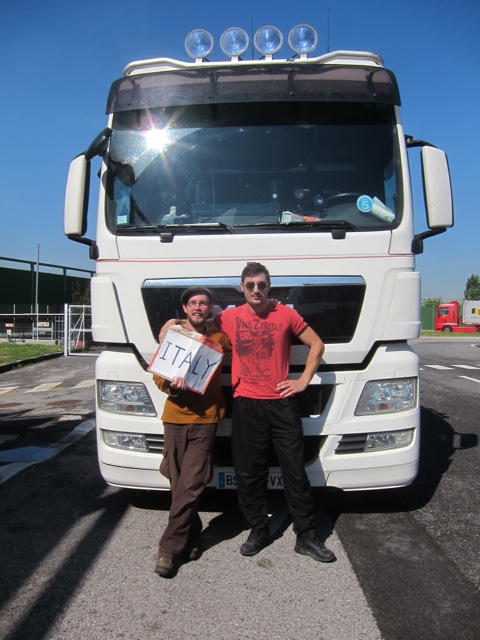 Unfortunately, with Dimitri’s departure our luck seemed to run out. We managed to infuriate a gas-station attendant who ‘shooed’ us away from our perch outside her station. Having been duly dispatched we trekked back along the highway – a dangerous pursuit at the best of times – before mounting a steep green slope and climbing through a hedge of prickly trees onto a slip road. 2 thorns in the hand for our troubles.

Our sign said ‘Venezia’, but we had no idea where we were going.

It took the best part of the day to get a ride into Brescia city centre (6 km away). From there we decided we had best catch a train to Padua, which would put us in good reaching distance of Venice (only 30 mins away by train). But first, we had to find the holy triumvirate: internet, toilet, dinner. Not an easy task in Italy. Not a cheap one either.

Why? Why wouldn’t the Italians pick us up, we wondered as we soberly chewed our slices of pizza? Was it the way we looked? Were they too proud of their vehicles to let a couple of rag-tags contaminate the interior? Or were they just plain snobs?… Thus commenced an hour or two of loathing northern Italy and decrying our new host culture. We pined for France where the bread was good and the people were kind, and Spain, where the sun always shone and the beer was cheap.

Receiving a fine for not validating our train ticket en route from Brescia to Padua added insult to injury.
“You’ve got to be kidding” Richie sighed with exasperation. It was the last straw.

In Padua we still hadn’t heard from our couch surf hosts or Airbnb accomodation, so with feet dragging and skins shivering we checked into a hostel, where we were lucky enough to get our own room and a hot shower. Complimentary breakfast in the morning… 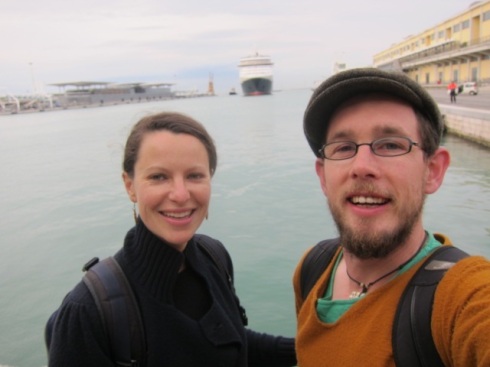 After all the highs, the lows, the perseverance and the defeat, we’d made it to Italy in record time – 2 days, and met some kind and generous people along the way. We’d missed out on France (Richie promised we’d visit next time we’re in the UK), and we still hadn’t used our tent.

On the up side, we had one spare (rainy) day to enjoy Padua before meeting Richie’s parents in Venice on the 14th.

The church bells chimed and the rain kept falling… we were asleep within minutes.

3 responses to “Hossin’ it to Venice”